The Sig Sauer P322 22LR Pistol is a brand new product. The revolutionary P322 gives you 21 reasons to love 22 thanks to its unmatched 20+1 round capacity.

Sig Sauer made the new P322 in New Hampshire, and it has a lot of nice extras, like an optic-ready rear sight plate that lets you add a ROMEOZero red dot optic without having to buy adapter plates. The P322 also has a threaded barrel adapter, which means it can be used with a suppressor right out of the box. It also has ambidextrous controls, interchangeable flat and curved triggers, and fiber optic front and rear sights, as well as fiber optic sights on the front and back. 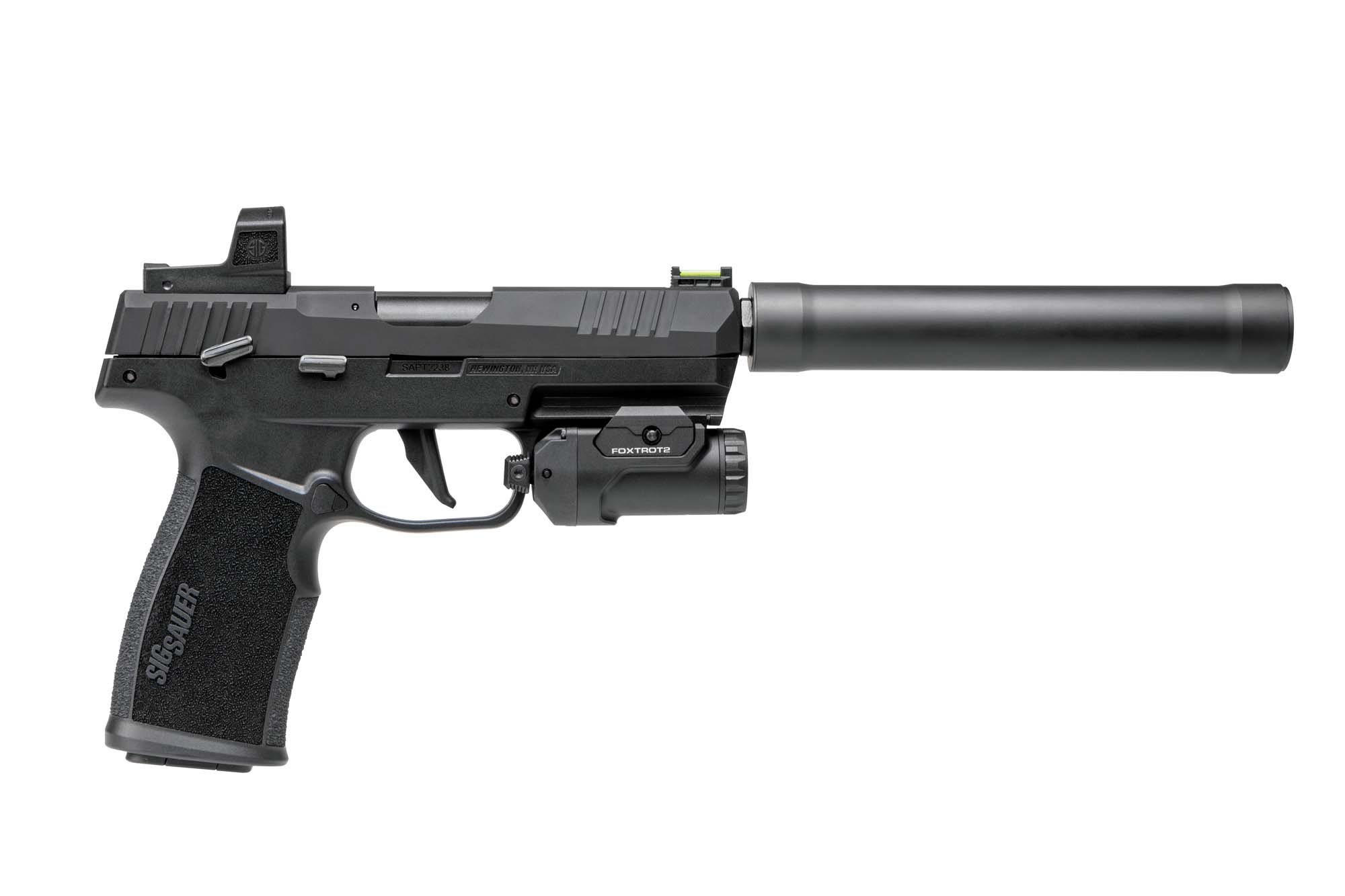 The Sig Sauer P322 Semi-Auto Weapon features an astounding 20+1 round count in a concealable rimfire pistol designed from the ground up. With a beveled mag well and an incorporated accessory rail for a light or laser device, the polymer grip module has a familiar shape.
The 322 comes with both a flat-faced and a classic spherical trigger shoe as standard. Both trigger shoes can be simply swapped out by the end-user. With an ambidextrous manual thumb safety, ambidextrous slide release, and reversible magazine release, this Sig 322 is entirely ambidextrous. 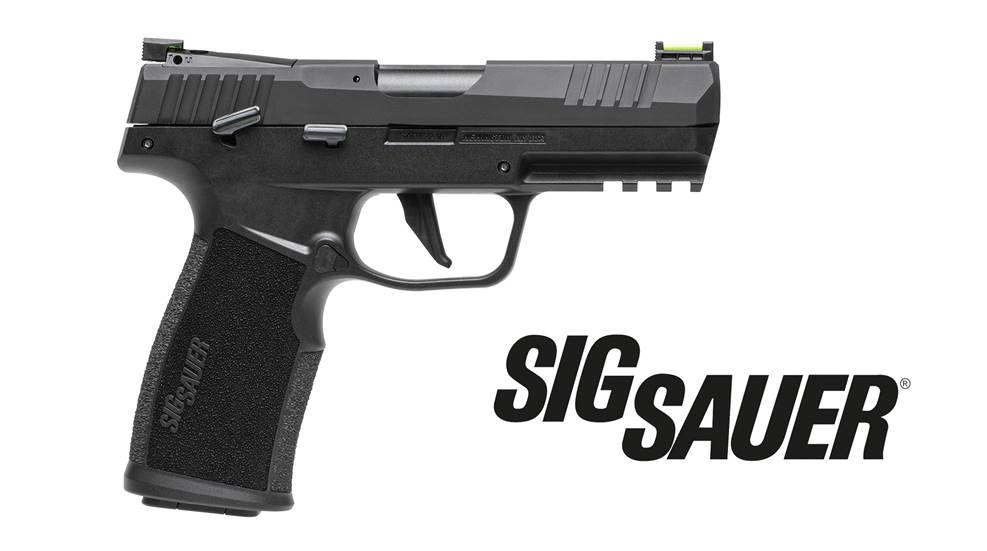 All of the P322’s SAO hammer-fired action can be seen, thanks to a slide made of alloy. Front and rear cocking serrations, a fiber-optic front sight, and a fiber-optic rear sight that can be removed so that Sig’s Romeo Zero red-dot sight can be used for the best possible accuracy are all on the slide. It’s a Plinker 22LR. In order to be more reliable, the barrel has a fluted chamber. It also has an adapter for use with a silencer. The rimfire 322 lets you shoot for longer while cutting down on the cost of shooting. Sig also makes 25-round magazines that can be bought on their own.

This is one of SIG Sauer’s best new products for 2022. The P322 22 Long Rifle semi-automatic pistol is a new type of rimfire pistol that can be used for a sport shooting competition, training, plinking, and teaching first-time shooters and novices about marksmanship and safe firearms handling. 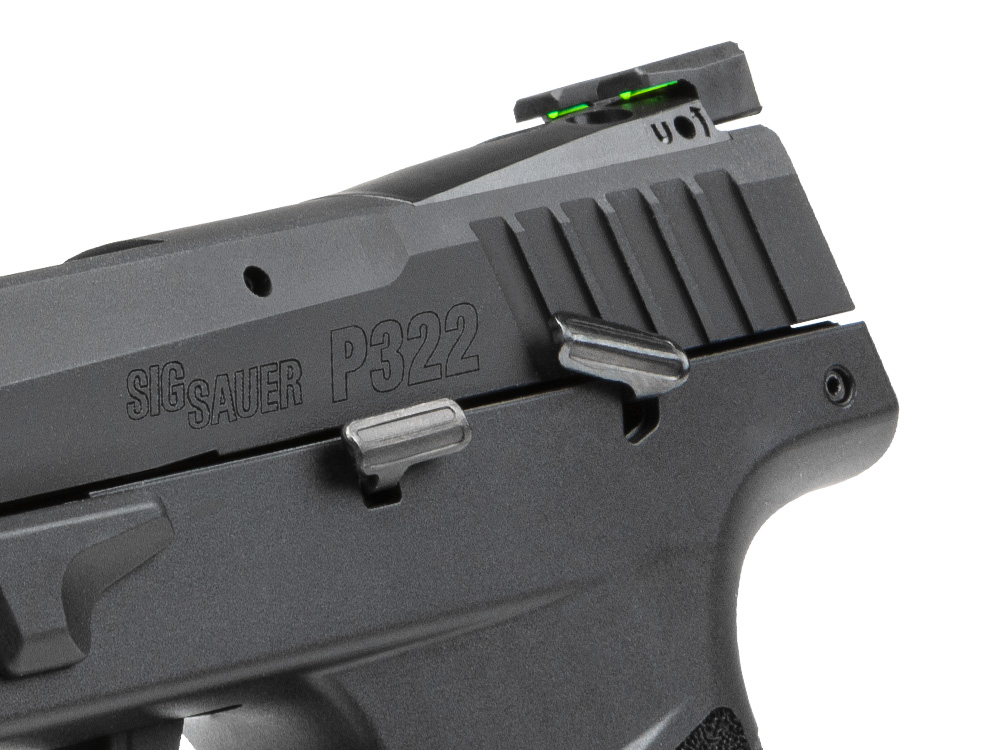 The P322 is SIG Sauer’s first rimfire handgun made entirely in Newington, Connecticut. It was designed and built there (New Hampshire, USA). SIG Sauer has sold semi-automatic rimfire handguns based on the P226 and 1911 designs in the past. They were all made in Germany by a third party, like the German Sport Guns company.
If you buy the new P322 pistol from SIG Sauer, you’ll get two of its high-capacity polymer mags with it. This gives you a total of 20 rounds in your pistol.
22 rounds of ammunition are in each magazine, and you can keep an extra round in the chamber. SIG Sauer also sells 25-round magazines as aftermarket parts.
The quick trigger shoe change system makes the SIG Sauer P322 stand out in its target market. Each P322 comes with two trigger shoes: curved and flat-face. Users can switch between the two styles by taking the trigger shoe out of the trigger guard and replacing it with another. It doesn’t need to be field-stripped.

Features that are now standard on centerfire service, defense, and competition shooting handguns are also found in the SIG Sauer P322. These features are also becoming more popular in the newer generations of rimfire training and plinking handguns.
It has a protected muzzle thread that lets you use barrel weights, muzzle compensators, muzzle brakes, or sound suppressors (where it’s legal) without having to buy a new barrel or an adapter. It also has an optics-ready slide with a removable rear sight plate and a modular interface for small red dot or reflex sights.
There are good slide serrations on both the front and back of the slide of the SIG Sauer P322 pistol. This makes it easier or faster to draw or put in your holster, as well as makes it easier or faster to shoot.
A factory-installed set of iron sights on the SIG Sauer P322 has high-visibility green fiber optic inserts. The front sight is a fixed post, and the rear sight can be adjusted to a low profile.
There are a lot of well-known, high-quality modern rimfire pistols out there right now, but SIG Sauer wants to get in on the action with its new P322 pistol.
With the P322, SIG Sauer takes on the competition head-on when it comes to price. SIG Sauer usually doesn’t say how much the P322 should cost, but it looks like it’s set at around $400 for the US market.